SURPRISE: BEETHOVEN WAS THE FIRST PERSON TO MAKE IT A FASHION STATEMENT 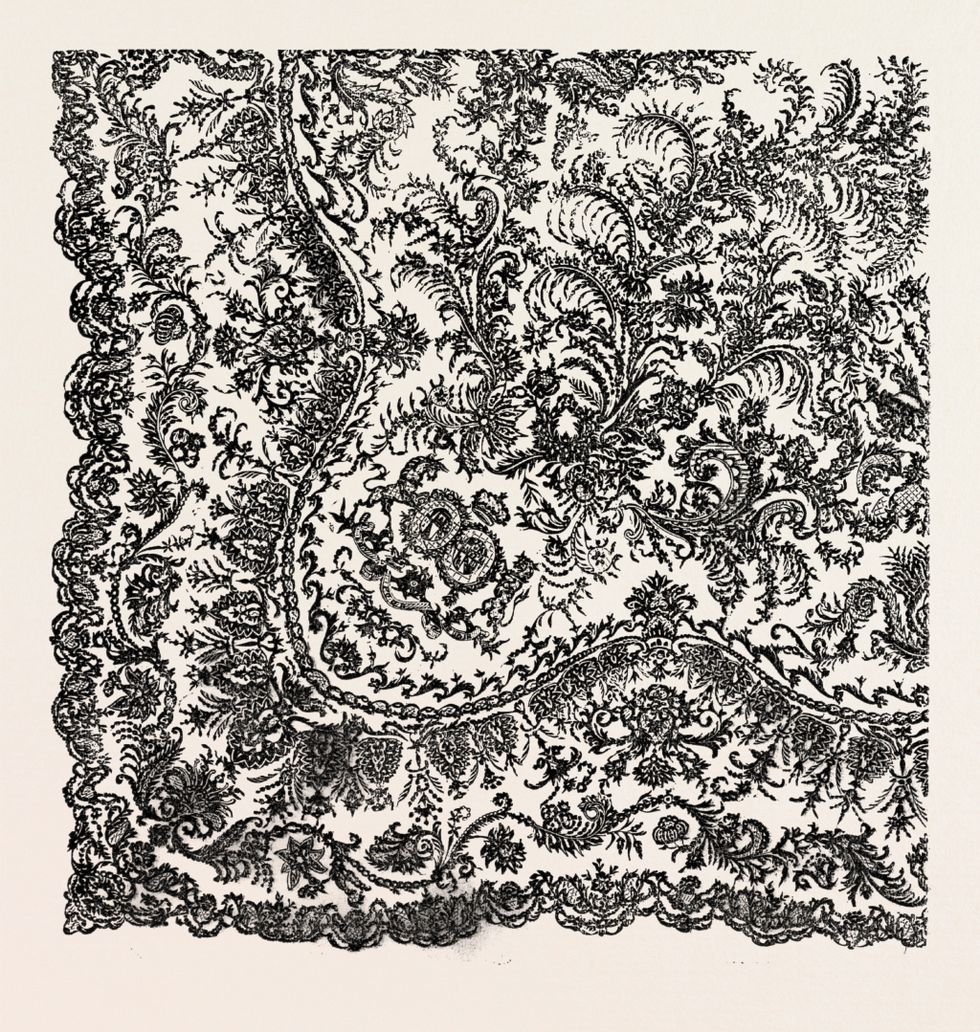 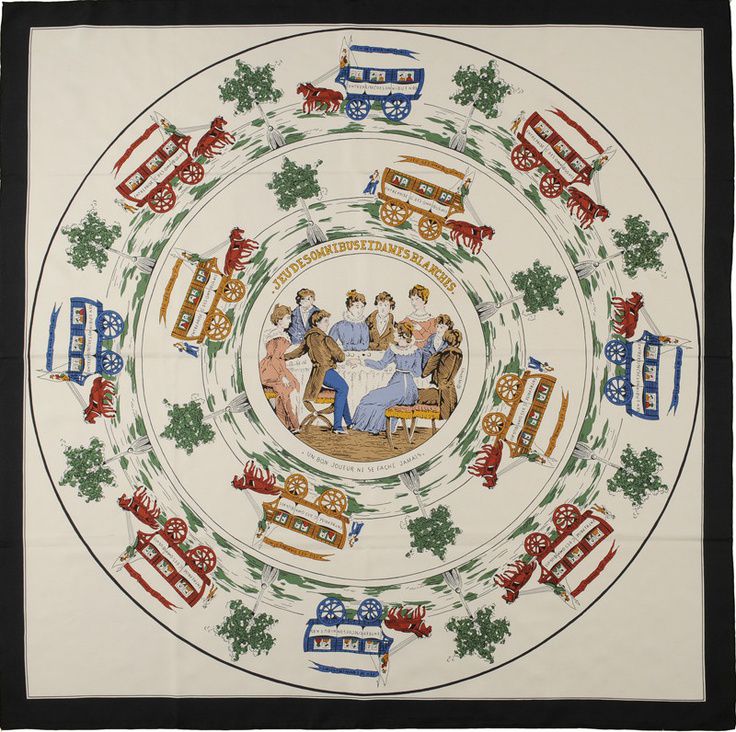 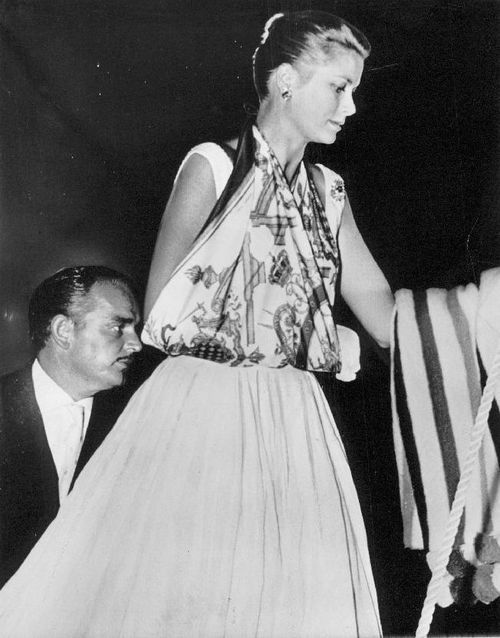 Incredibly ornate and intricately detailed, one Hermès scarf—made from the silk of 250 mulberry moth cocoons—takes 18 months to complete, starting with the artists who draw each one by hand to the hand-silkscreening process, which can take up to six months (engraving the printing screens takes 750 hours). Since 1937, more than 2,000 silk scarves have been made.

All the chicest icons we know today—Brigitte Bardot, Faye Dunaway, Lauren Bacall, Bianca Jagger, and Jackie Kennedy—turned to silk scarves to infuse their looks with effortless glamour in the '50s and '60s. By the '70s, emboldened by the free-spirit nature of the decade, silk scarves became bolder in their design, with in-your-face patterns and striking colors, which were worn as dramatic headwraps or around the neck to complement flowy looks. 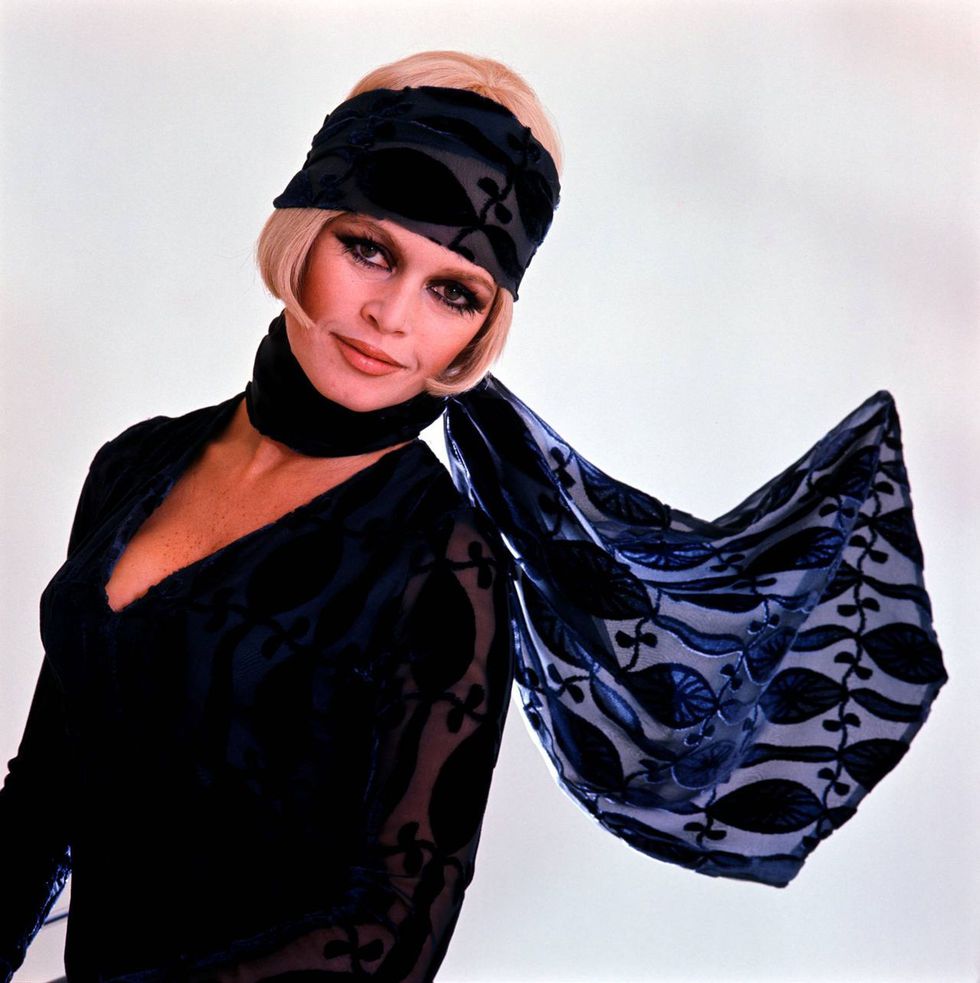 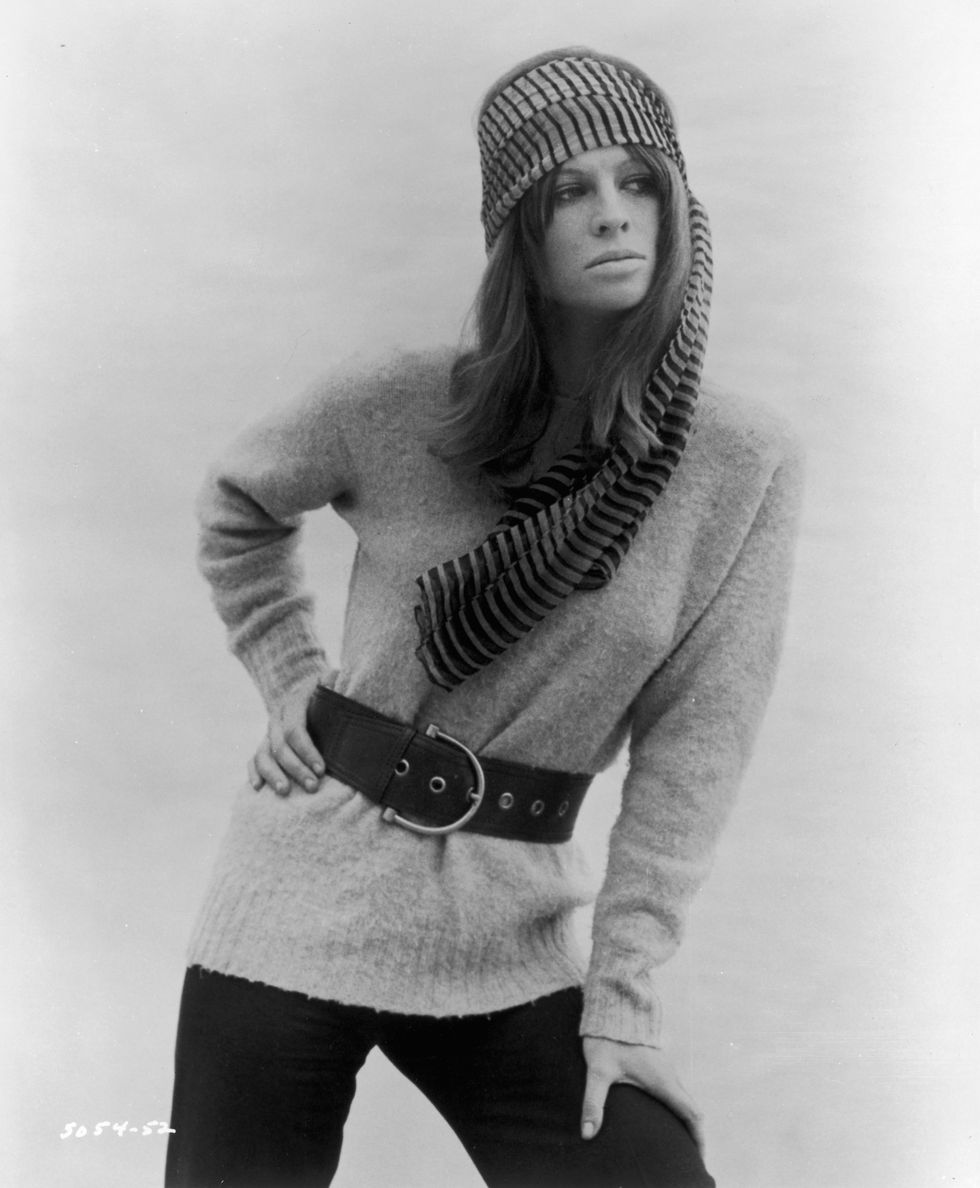 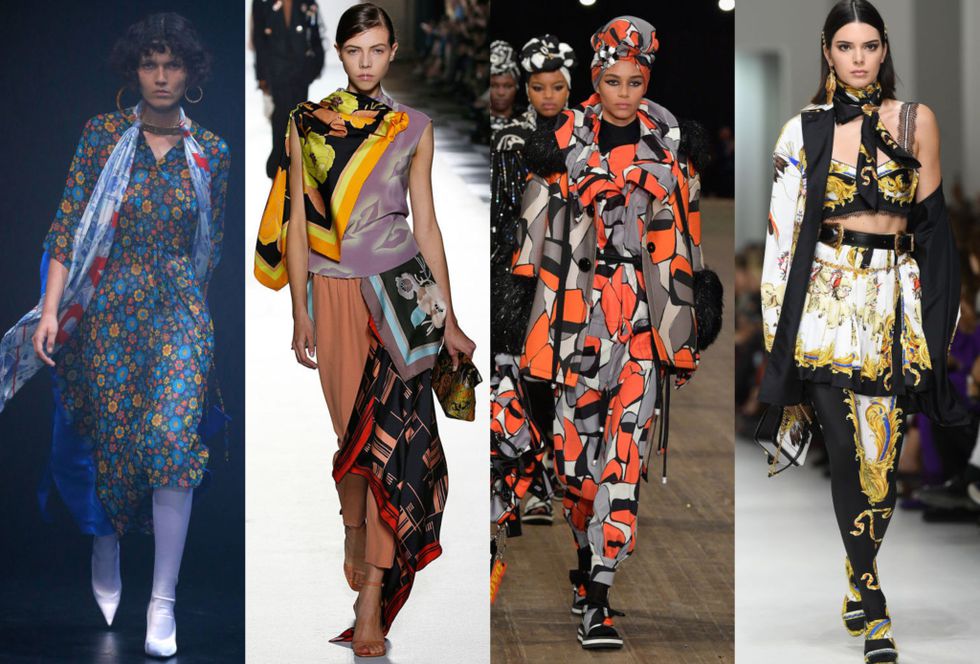 For Spring/Summer 2018, Demna Gvasalia clashed prints (as he's wont to do), draping a silk scarf over moody prints at Balenciaga, Dries Van Noten took a singular interest in scarves and fashioned tops and skirts out of the accessory, Marc Jacobs topped his models with silky turbans, and finally, to complete her tribute collection to Gianni Versace, Donatella Versace gave scarves the same archival print treatment as she did with the clothing. With maximalism going the way it has, along with fashion's unceasing fixation on the past, perhaps we'll soon see silk scarves worn as head wraps or tied around our necks sooner than we might think. 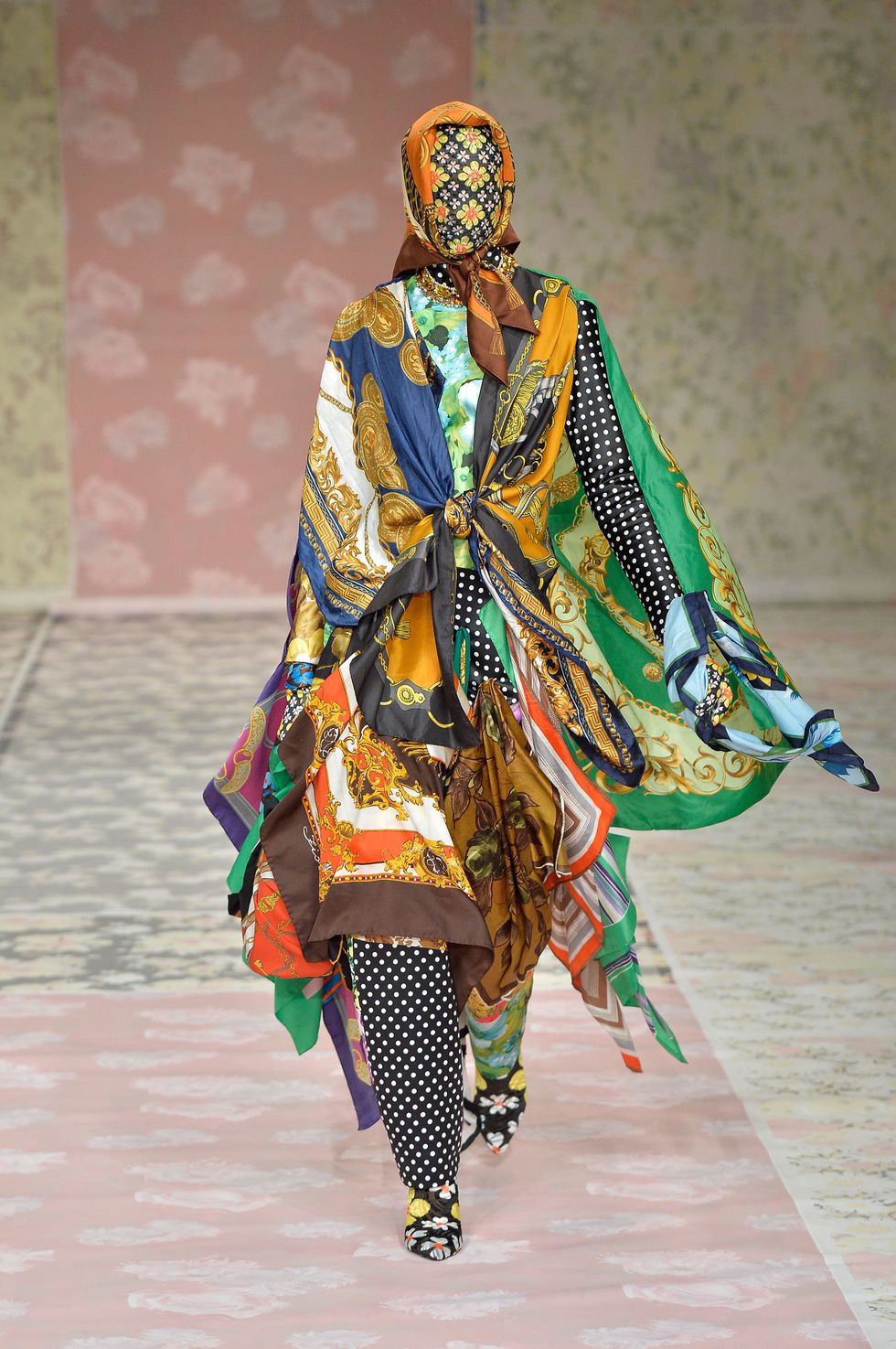